The resolution that could help us all in 2016

The disclaimer
You know when you haven't exercised in a while and you start back and
your heart rate's up just walking into the gym and
your body hurts after two minutes and
parts of you are jiggling in ways you've never felt before
and it's all so...discouraging?

That's my writing experience right now. I'm sucking some serious wind. But there's no time like the end of a year (or the beginning of one) to get me going, so if you can bear with some language flab, read on.

The article that started it all 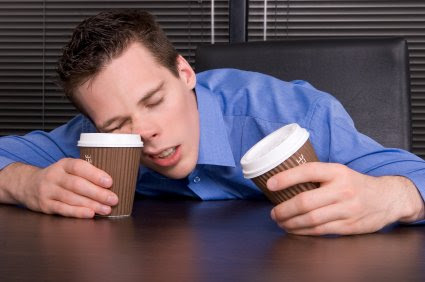 Last week I read a fabulous NYTimes article by Tony Schwartz called "Addicted to Distraction." It started as many other "this-generation-is-deteriorating-my-brain" articles have, but it took a distinctive twist. It was personal, not hypothetical. Honest, not idealistic. And it came just as I was thinking about my resolutions for the coming year. Like the author, my initial thought when thinking about all that was overgrown in my life was add more (or less) of everything in every area: I was going to sleep more, eat less ice cream, exercise more, check my email less, put my phone down more, complain less. You get the idea.

It was lofty. Idealistic. And completely impossible.

But, of course, my world was full of possibilities because it was a new year! a new start! a new me! Whatever. That unfounded optimism sort of baffles me now.

The ah-ha moment
Anyway, as I was reading, I started to get excited because the author shared my hopes to accomplish the impossible. And then he shared his story of complete failure, the many ways he's still tethered to the pet loves of his life: "The problem is that we humans have a very limited reservoir of will and discipline." Oh no! I thought. That could be me. That will be me in three weeks or less. Now what? Schwartz saved the day in the next sentence: "We're far more likely to succeed by trying to change one behavior at a time, ideally at the same time each day, so that it becomes a habit, requiring less and less energy to sustain." Palm to forehead. Of course. One behavior.

The one resolution that could help us all

So, here's mine: In 2016, I'm going to try to sleep more. That may earn only a slow clap and cocked eyebrow from some of you, but I'm all kinds of serious.

I've said it for years, but haven't lived by it well: If I were a counselor, the first question I'd ask every client on their first intake form would be, "How much sleep do you get on average per day?" Lack of sleep, I'm convinced, has its sly hands in most of our problems. Of course, it's not the only hand in our problems, but it's a big one, and for some reason, I don't care if I ignore it. "I know I'll regret it tomorrow, but I need some alone time/want to watch this show/need to (fill in the blank with any given thing on a to-do list)/accidentally scanned Facebook for 30 minutes instead of the intended five." Whatever it is, I'm up later than I wanted to be most nights.

Obviously, there are times when losing sleep is completely worthwhile and right, and times when I can't help losing sleep (ahem, having infants/children and anyone struggling with anxiety or insomnia). But on the whole, sleep deprivation is something I can prevent because at this point in my life, I can pretty much choose when I go to bed and when I get up. And it really does leak into every area of my life: I drink more coffee, have more reflux, snap at those I love, don't eat as well, am less happy, less focused, less thoughtful of others, and less motivated. It's more of what's toxic and less of what's life-giving and I want to reverse that.

So I'm going to work at going to bed at the same reasonable time every night (as often as possible) and waking up at the same time every morning. It's my one thing. It's not going to fix every overgrown thing in my life, but it should prune a lot of areas, and, most importantly, it's doable.

What's your one thing?

It's been a while. Like a month. And a month before that. But here are a few nuggets for ya from the past few months:

What to read: Anthony Doerr's All The Light We Cannot See. One of the loveliest novels I've read.

What to eat: Edamame hummus. Sounds weird? It's not. It's whipped. It's light. It's garlicky and delicious. And it's at Publix in the hummus section across from the deli. You're welcome.

What to wear: A lesson learned: get yo'self a pair of black pants/jeans that fit you just right. Don't pay attention to the price tag. Just get 'em. And then wear the heck out of them. Dress 'em up. Dress 'em down. Wear them with boots or heels or flip flops. They go with everything and will become your go-to pants.

What to do: Take a break. For me, that's meant my biannual one-night hotel getaway (post to come!). I don't know what that means for you, but get away. For an hour, a day, a weekend. Dare to be alone and quiet and spend time in ways you don't normally get to. It won't fix all your problems but you'll come back a better version of yourself.


So, there you go. Two months squished into a computer screen. More to come, I hope. Just not sure when.
at 9:17 PM 2 comments:

Someone gave me this verse last week, and I've read it every day since, trying to let the words settle like wrinkles:


"Let the beloved of the Lord rest secure in him,
for he shields him all day long,
and the one the Lord loves
rests between His shoulders" (Deuteronomy 33:12).

It's part of Moses' final blessing (God's favor and protection) to Israel, and it's for me too. I have mixed feelings about being the lamb between his shoulders. Part of me hates being that helpless, that small, that needy and dependent--so dependent that I have to be carried. I'd rather think of myself as able and competent; I don't want to have to need anyone that much. I'd rather buck and wander, thank you very much.

But that part about rest rings inside like church bells. Yes and amen. If anything tries to attack me, it has to go through Him first. And being held to Jesus by all fours, not as a way to wield power but as a way to lead gently, a way to take my burden--myself--on him? Oh thank you Jesus!

So, yes. I'm secure because
He has me.
He shields me.
He loves me.

I can buck or rest there, between His shoulders,
but what good would bucking do?
He has me.
And He isn't letting go.
And I'm grateful for a Savior who says:
Come to me, all you who are weary and heavy-laden
and I will give you rest (Matthew 11:28).

I can't say that "I'm back," but I'm here, now. Clicking keys and marking white space for the first time in over a month. The break has been good--necessary. The six weeks of sleep deprivation from the toddler with nightmares took me back to the days of having an infant; I probably shouldn't even have been driving, so writing was out of the question. But we're on the other side of the nightmares for now, and I've had a few experiences in the past month that have put a kid with nightmares into perspective, so I'm here, now.

Let's go with bullets today, just for fun. And because that's all I can do with these atrophied writing muscles.